I was in my usual mode, speed walking as fast as my legs would go, trailing B on his brisk walk.  No matter how many times I ask, he just can’t seem to walk beside me.  In front of me is the norm, behind me happens occasionally, but only after he has been drastically weighed down by a particularly large meal.  He is just shy of a foot taller than me now.  Speed multiplied by the distance of his stride makes keeping up with him nearly impossible.

B is autistic and has several other comorbid conditions.  He has physical and verbal stims that increase in direct proportion to his level of excitement.  He was walking home, so his excitement was ramped up to the maximum.  There was no slowing down his pace, his fingers waving frantically in front of his face at eye-level or his rather loud, intermittent uuuhhhs.

We were in a safe space, or so I thought.  I allowed him to get much further ahead of me than usual.  I was tired of asking him to slow down, calling out in Dutch, “Wacht op mij! (Wait for me!)”

B was nearly a half block ahead of me when I rounded the corner and saw them:  a gaggle of middle school Dutch girls congregated in their school’s playground.  There were 9 of them, and clearly, they were having some fun at B’s expense.  The ringleader was imitating and exaggerating B’s movements and sounds, much to the delight and laughter of the group.

I stopped in my tracks, taking in the scene. You’d think that I’d be used to it by now, but I’m a bit out of practice.  When we lived in the US, I cannot recall the number of times that I’ve called kids out for making fun of B.  I once saw 2 boys making fun of B while he was standing in line for the slide at the community swimming pool.  I quietly slid up behind the two boys, waiting and watching just long enough to catch a snippet of their ‘fun.’  When confronted, the boys denied that they were making fun of B, even though I’d been watching and clearly heard enough to call them on their actions. One boy even said that his father taught special needs kids and that he would never make fun of them.

“Well, then I guess your father would be very disappointed in your actions today, wouldn’t he?” I asked. Neither boy apologized, even though they knew that I knew better. In fact, I cannot recall ever receiving an apology from anyone who has been caught in this situation. Always denial, no apology.  This was only the 2nd occasion in 3 years that I’ve had to deal with anyone making fun of B in the Netherlands.

I girded myself for a long fight to impress upon these girls the inappropriateness of their actions;  it was to be only a brief skirmish.

Turning to the ringleader, I said, “I’m his mother, and he has a disability.  How do you think that your actions make us feel?”

“Um, I don’t know,” the ringleader replied, her blue eyes flashing, her shoulders shrugging it off.

“Well, I have time. How about you think about it for a bit?” I said, knowing that B was out of hearing range and headed toward home.  He wouldn’t be stopping until he reached his destination.  The ringleader’s face fell.  Eight other faces looked directly at me in silence. No one offered denials, looked away or tried to make excuses.

“I’m sure that it made you feel not good,” the ringleader finally replied.

As she completed her response, eight other voices rang out:

“Thank you,” I managed to reply as I ran to catch B.

I’ve thought a lot about this encounter and why these girls had such a different reaction than anyone in the US or even in Australia. I think that maybe Dutch children are given a lot more leeway to make mistakes.  There is certainly a lot less shame in the way they are brought up. I asked my Dutch friend why none of the girls tried to deny or lie about what they had done. She said that there is great emphasis in Dutch society to teach children to tell the truth, no matter the consequences.

In the Netherlands, perfection is not required nor even considered to be a worthwhile goal. In the US we are taught to try to be the best in everything. In a culture built around achievement, production, and being exceptional, most of us fall short, and many people with disabilities are less able to hide any shortcomings. There are subtle and not-so-subtle undertones of what you can do equals your value as a person. If you are the best, then obviously you cannot make mistakes. In contrast, displays of wealth, such as bragging about your income, lifestyle or possessions is frowned upon in Dutch culture. In an egalitarian society, everyone is considered to be equal.

Soon after our arrival in the Netherlands, I took B on his favorite outing to the Spoorwegmuseum  (Railway Museum). B was overwhelmed and exhausted from the overseas trip, and this manifested in him having a meltdown near one of the attractions. As he cried, a young woman working at the museum approached. I explained what was happening, then she spoke these warm words of welcome in perfect English:

“It’s okay. This is the Netherlands.  It is fine to be who you are here.  No one is bothered by that.  He can do what he wants.  Everyone has the right to be who they are here.” I still tear up when thinking about those words today. 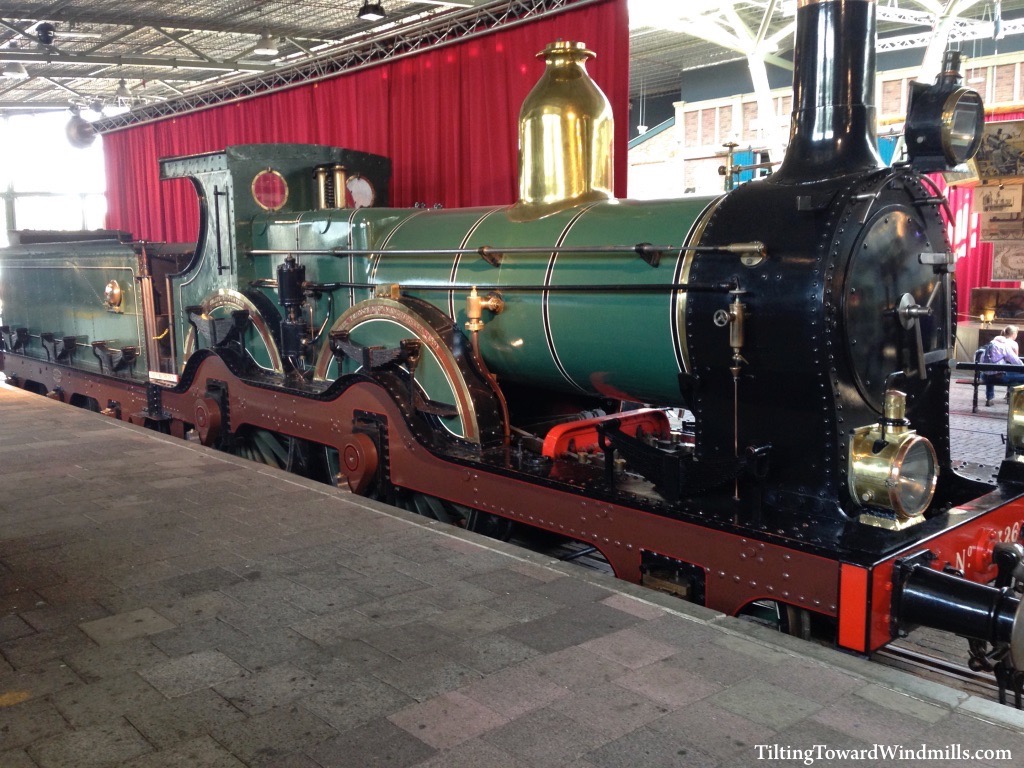 I admit that I feel differently about those nine Dutch girls than about all the others who simply lied or denied their actions when I caught them making fun of B. The girls did something inappropriate.  When it was pointed out, they thoughtfully and appropriately listened and apologized. This and many other experiences have highlighted the difference in cultures in the Netherlands and the US. I am extremely grateful for our tolerant and inclusive new home country and the Dutch people who treat all of us as equals.

2 thoughts on “Defending B and Dutch culture”