I was invited by my friend, G, to join her on a day trip to Heerenveen, located in Friesland, one of two northernmost provinces of the 12 provinces of the Netherlands. Heerenveen is her birthplace and where she spent the first ten years of her life. In the Netherlands, ‘veen‘ is peat, a type of pre-coal vegetation that was dug out in huge quantities in the area of Heerenveen. The actual meaning of the city name is gentlemen’s peat. Veen was the main cash crop of the area, and local men worked digging up the peat and shoveling it into boats for transport to other parts of the Netherlands and beyond. There was so much dug out in some areas that the land became very swampy and unusable.

A special €15 day trip train card picked up at a local grocery store provided unlimited, economical travel for the 5 hour round trip train journey through the lush, green, sheep-lined countryside.

At the Muiderpoort train station, I met this cute little blonde with her family. They told me that she tours all around the EU by train in her little carrier. 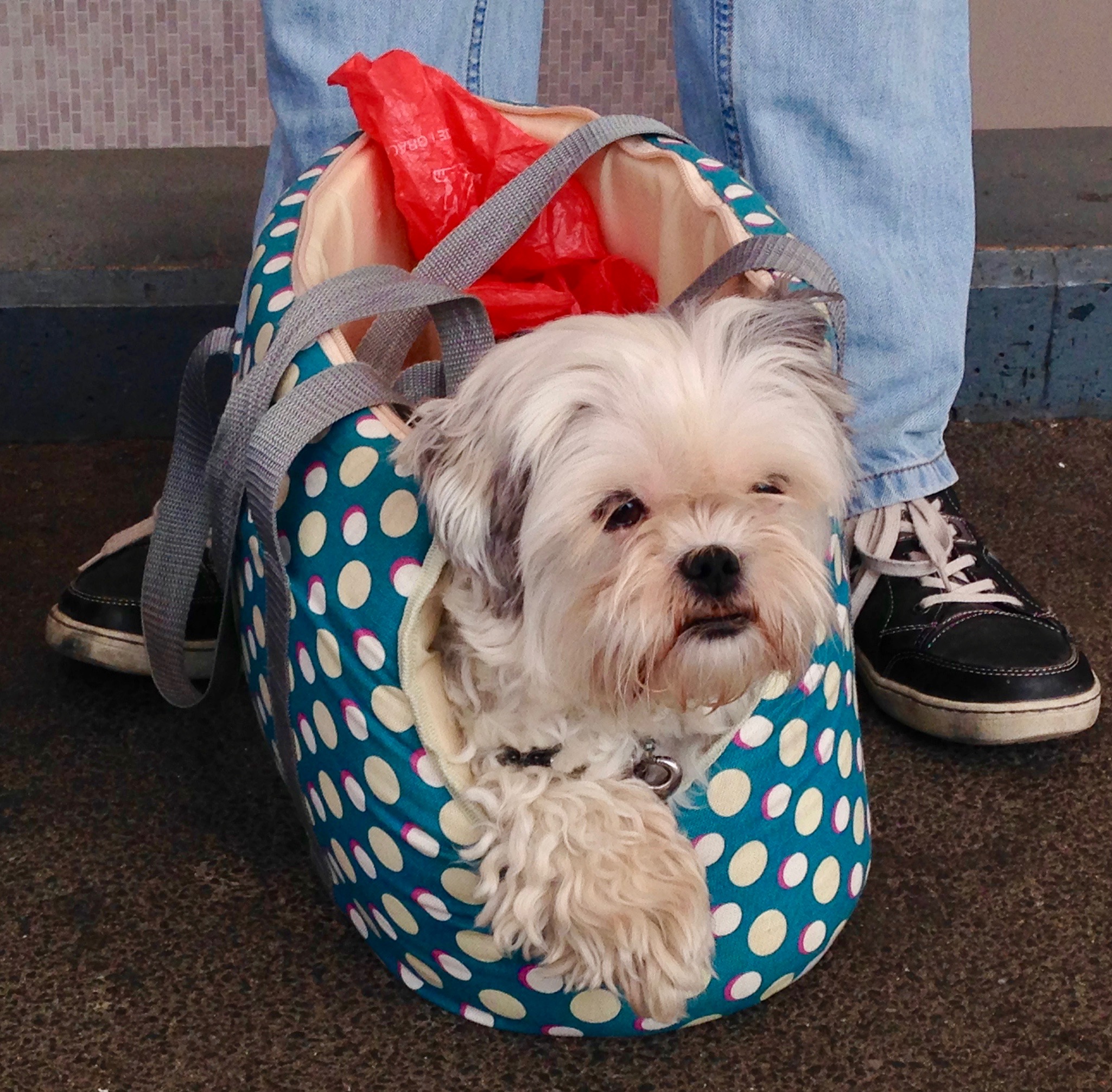 Upon arriving at the train station in Heerenveen, we tried using our transit passes to rent bicycles from a conveniently-located machine beside the train station in the bicycle parking area. The Netherlands really has public transport figured out, although for some reason, my transit card wouldn’t work for my bicycle rental. We walked a block to a nearby bicycle shop where G’s brief conversation with the owner ended with him waving me toward a rental bicycle. He told us to take it and return by 5 pm.  Nothing else was needed. We ventured out to tour the city.

As we were biking, I spotted the Welgelegen windmill, the only surviving windmill of the 17 that have stood at various times  in Heerenveen since the 15th century.  Built as a rye and barley mill in 1849 with a vane span of 74 feet, its foundation was raised 19 feet in 1898. The mill is currently  owned by the non-profit, Stichting Molen Welgelegen (Welgelegen Mill Society) and the  Gilde van Vrijwillige Molenaars (Guild of Volunteer Millers) regularly work at the mill.

In most Dutch villages you will find Saturday markets set up in the city center. We spotted a fish vendor and ordered some kibbeling, small pieces of battered and fried fish. I was delighted to see the vendor batter up the fish and dunk it into the hot grease. There is nothing better than fresh fish caught a few kilometers north that very day, freshly fried with a side of tartar sauce.  We continued our walking tour of the city center, and this gorgeous historic building, currently being used as a restaurant,  caught my eye: 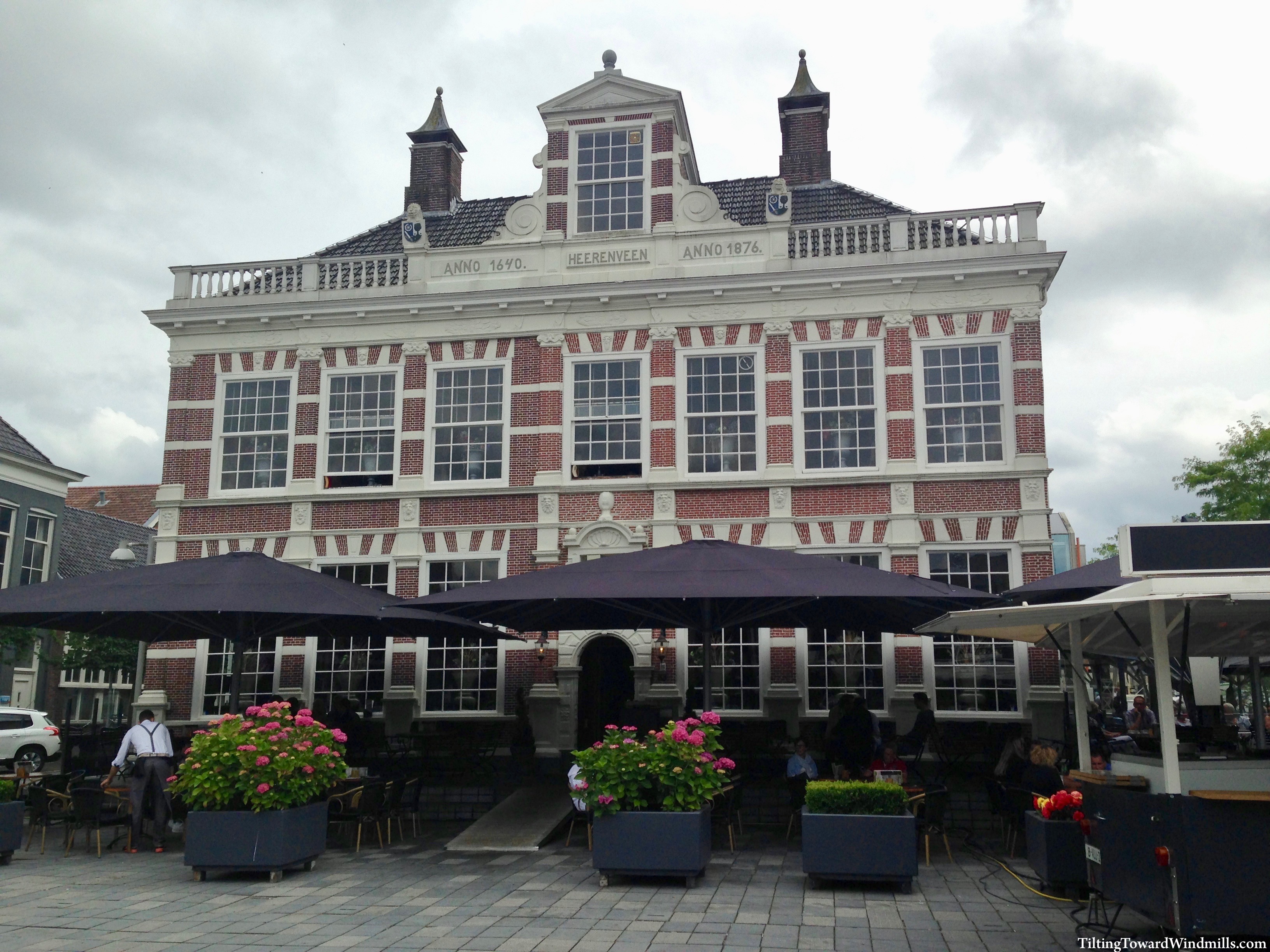 A bit further we saw this building which was the original city hall. A larger, more modern building nearby now serves this purpose. 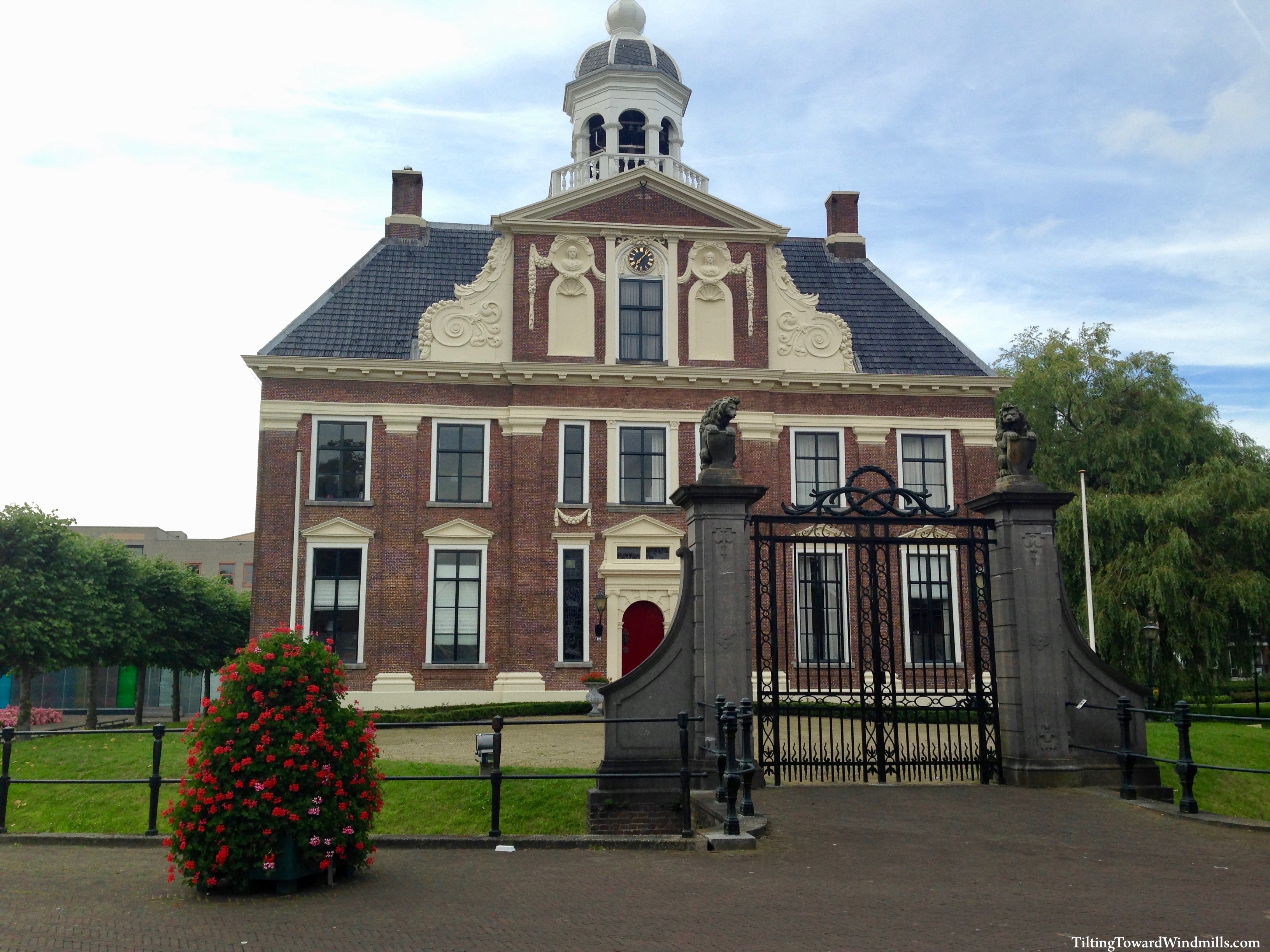 We hopped back on our bicycles and set off on a half hour trip to the small village of Orangewoud, which got its name in 1676 when the Princess of Orange, Albertine Agnes of Nassau, bought an existing estate there called Sickingastate and three adjoining farms.

Oranjewoud is in a forested area and riding our bicycles along the huge tree-lined path transported me back to the green, mossy old trees and deep, wet evergreen fragrance of Oregon forests. I don’t miss much about the US except for the Oregon forests. I spent many days hiking on trails with April, B’s service dog, in the forests around Corvallis, Oregon. I miss wandering the trails with her.

When we parked our bicycles to walk back into the city center for dinner, I saw this Dutch couple taking in some sun on their ‘RV’ docked on the Kolk canal.

With sunshine being so elusive in the Netherlands, the most precious real estate is anywhere deck chairs may catch some rays.

Speaking of sun decks, it has been hovering at the 20°C (68°F) mark this past week, although we expect to reach 30°C (86°F) on Wednesday. Here’s hoping that we’ll get back to summer.

4 thoughts on “Trip to Friesland”